Crash victims' families want a court to strike down a section that shields Boeing from criminal prosecution. 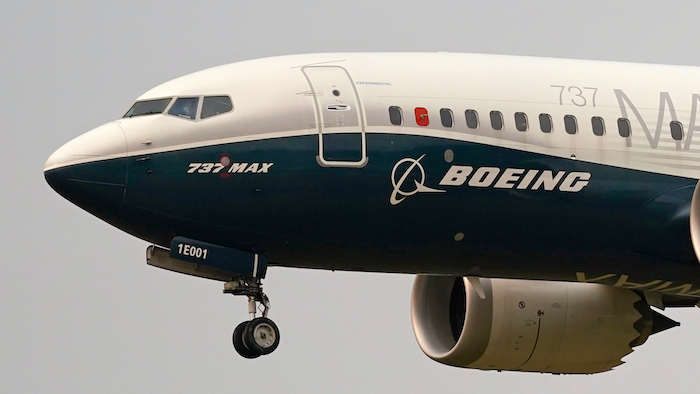 The Justice Department is standing by a settlement it reached with Boeing for deceiving regulators who approved the 737 Max, despite personal pleas to Attorney General Merrick Garland from relatives of passengers who died in crashes of Max jets.

In a filing Tuesday, the Justice Department asked a federal court in Texas to deny the families' request for a hearing into the $2.5 billion settlement.

The families argued that government lawyers violated a crime-victims law by not telling them that the government was negotiating a settlement with Boeing. They want a court to strike down the part of the deal that shields Boeing from criminal prosecution.

The Justice Department told the court, however, that the family members are not crime victims. Department lawyers also said the settlement included compensation above what the law required.

Last month, several relatives of passengers held a video meeting with Garland during which they pressed the attorney general to help them re-open the settlement, which was reached two weeks before the Trump administration left office.

According to people who took part in the meeting, Garland expressed sympathy to the passengers' relatives but expressed no position on the case.

In the settlement, Boeing blamed two former test pilots for misleading the Federal Aviation Administration about a key flight-control system that played a role in two crashes in Indonesia and Ethiopia that killed 346 people. The Justice Department agreed not to prosecute Boeing for conspiracy to defraud the government.

Most of the settlement, about $1.8 billion, went to airlines that lost money because their Max planes were grounded for nearly two years. Boeing agreed to pay a $243.6 million fine and contribute $500 million to a fund for victims’ relatives.

The company has settled many, but not all, of the lawsuits filed by passengers' families.