He faces charges that he deceived regulators about a system that played a role in two deadly crashes. 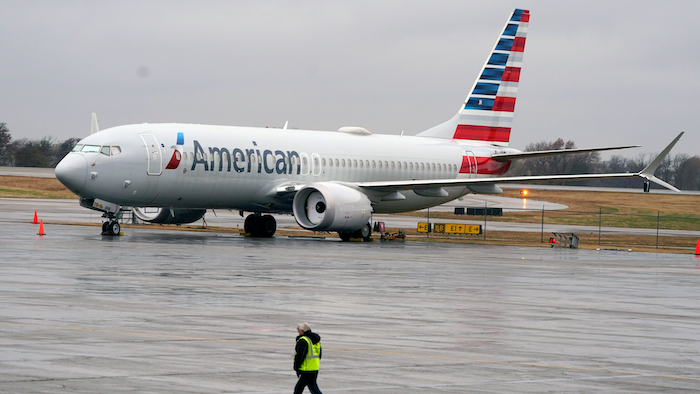 FORT WORTH, Texas (AP) — A former Boeing test pilot pleaded not guilty Friday to charges that he deceived regulators by withholding information about a key system that played a role in two deadly crashes involving Boeing 737 Max jets.

Mark Forkner made his first appearance in federal court in Fort Worth since being indicted on six counts of fraud. A magistrate set trial for Nov. 15.

Outside the courthouse, his lawyer, David Gerger, said Forkner was a scapegoat. He said if the case goes to trial, “the truth will show that Mark did not cause this tragedy, he did not lie, and he should not be charged.”

Forkner’s is accused of withholding information about an automated flight-control system that misfired during the deadly flights, pushing the nose of each plane down based on a faulty sensor reading. Prosecutors say his actions led the Federal Aviation Administration to remove mention of the system from pilot manuals and training materials.

He is the first person to be charged with a crime in connection with the crashes in Indonesia and Ethiopia, which together killed 346 people. Families of passengers called for more prosecutions.

“Forkner is just a fall guy. He and Boeing are responsible for the deaths of everyone who died in the Max crashes,” said Nadia Milleron, whose daughter was killed in the Ethiopian crash in March 2019, five months after the first crash. “The executives and board of directors of Boeing need to go to jail.”

Milleron is among relatives suing the company in federal court in Chicago, where Boeing is based.

In January, Boeing agreed to a $243 million fine as part of a $2.5 billion settlement with the Justice Department. The government agreed not to prosecute Boeing for conspiracy if it lives up to terms of the settlement for three years.