The small plane was responding to a wildfire when its left wing reportedly fell off. 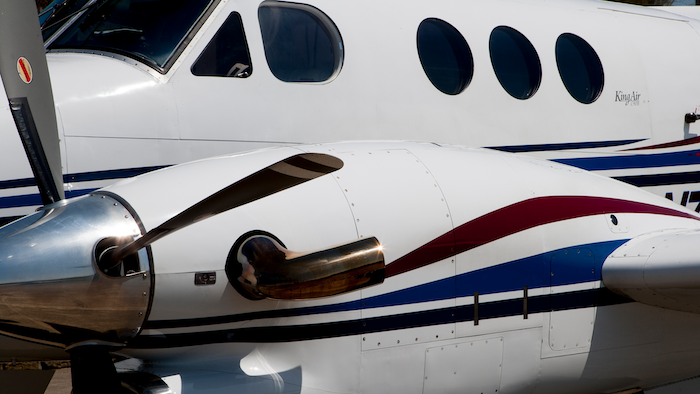 PHOENIX (AP) — Federal authorities investigating the fatal crash of a small plane that was responding to a wildfire in northwestern Arizona included an account of the possibility that the aircraft’s left wing fell off, according to a preliminary report released Tuesday.

Both people aboard Beechcraft King Air C-90 aircraft — a retired Tucson-area fire chief who was working for the Coronado National Forest and a pilot contracted by the U.S. Forest Service — died in the July 10 crash.

Arizona Bureau of Land Management officials said the turbo-prop plane went down as it was doing aerial reconnaissance and helping direct aviation resources over a lightning-caused wildfire burning outside Wikieup, a tiny Mohave County community about 123 miles (206 kilometers) northwest of Phoenix.

A Wikieup woman said she saw the plane going down at a steep angle before hitting the ground, according to the preliminary report. She and her husband later went to the crash site about a mile from their home and said BLM personnel told them they witnessed a wing fall off the plane in the air before it crashed.

BLM officials said they couldn’t confirm that information, however, and were leaving it to investigators to determine the cause of the crash, including whether the wing had fallen off before the plane hit the ground.

The plane crashed in mountainous desert terrain about 15 miles northeast of Wikieup and burst into flames with debris scattered over several acres, according to the National Transportation Safety Board’s preliminary report.

“The left wing was located about 0.79 miles northeast of the main wreckage and did not sustain thermal damage,” the NTSB report said. “No distress call from the airplane was overheard on the radio.”