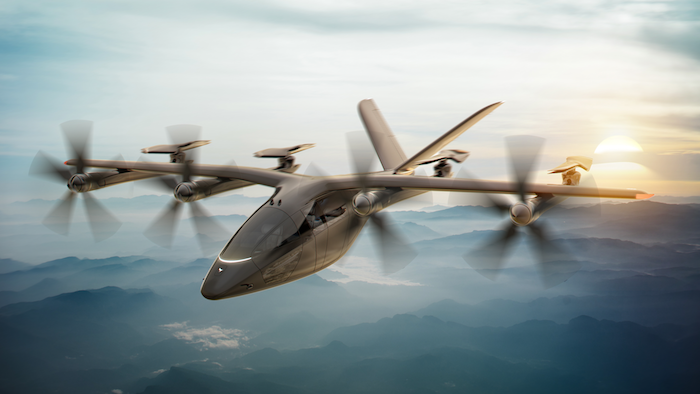 FORT WORTH, Texas (AP) — American Airlines said Thursday it plans to invest $25 million in U.K.-based Vertical Aerospace Group and consider a $1 billion order for small, electric-powered aircraft that can take off and land like helicopters.

The American announcement came as Vertical Aerospace disclosed that it has agreed to merge with special-purpose acquisition company Broadstone Acquisition and become a publicly traded company later this year.

American, Microsoft’s M12, Honeywell, Rolls-Royce and others will take stakes in Vertical through private investment in public equity, or PIPE transactions. Another investor, Irish aircraft leasing company Avolon, said Thursday that it placed a $2 billion conditional order for up to 500 Vertical aircraft.

Vertical is working to develop a four-passenger electric aircraft that could carry people from city centers to airports. The company said it plans to conduct its first test flight later this year and hopes to gain regulatory approvals as early as 2024.

American said it expects to make a “pre-order” up to 250 aircraft — suggesting a price tag of $4 million per aircraft — with an option for 100 more. The order hinges on Vertical meeting certain terms, which the companies did not detail.

The deal is the latest move by a major airline to demonstrate interest in developing technology around electric aircraft and alternative fuels. United announced a similar deal with another electric vertical-takeoff hopeful, Archer Aviation, in February. Critics view the announcements as greenwashing by airlines whose planes are a growing source of climate-changing emissions.