An investigation found that the aircraft stalled after external sensors had been frozen. 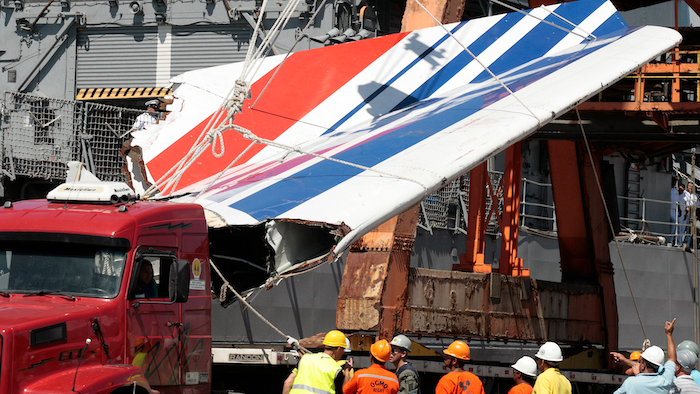 PARIS (AP) — A French court on Wednesday ordered Air France and plane maker Airbus to stand trial for manslaughter in the 2009 crash into the Atlantic Ocean of a flight from Rio de Janeiro to Paris, which killed all 228 people aboard.

The two companies said they would appeal the decision, which overturns a 2019 ruling. Victims' groups in France and Brazil had pressed for a trial, maintaining the companies were at least partially responsible for the crash.

French judges in 2019 had dropped a decade-long investigation into the crash.

Air France “maintains that it did not commit a criminal offense in this tragic accident and will be appealing to the French Court of Cassation,” France's highest court, the carrier said in a statement.

Airbus said the decision “does not reflect in any way the conclusions of the investigation that led to the dismissal of the case in favor of Airbus.”

Air France Flight 447 left Rio for Paris but crashed into the Atlantic on June 1, 2009. Later, one of history’s most ambitious and costly undersea search operations managed to find the plane’s flight recorders in the ocean's depths.

The French accident investigation bureau found that external speed sensors had been frozen and produced irregular readings on the aircraft, which went into an aerodynamic stall. The captain also wasn’t in the cockpit, one of multiple problems identified at the time of the crash.