The Chang’e 6 mission will include equipment from France, Sweden, Russia and Italy. 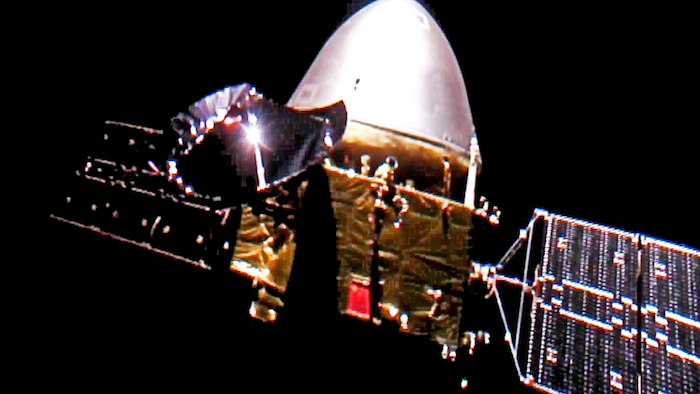 BEIJING (AP) — China will launch its next robot lunar lander in 2024, and it will carry equipment from France, Sweden, Russia and Italy, the official news agency reported.

Plans call for Chang’e 6 to land near the lunar south pole and collect samples for return to Earth, the program’s chief designer, Hu Hao, said at a conference Saturday, according to the Xinhua News Agency.

The Chang’e landers are part of Chinese space exploration efforts that also include a probe that is preparing to land a robot rover on Mars. There are also plans for a crewed orbital station, landing a human on the moon and retrieving soil from an asteroid.

In December, the previous moon probe, Chang’e 5, returned lunar rocks to Earth for the first time since the 1970s.

Chang’e 6 is to “collect lunar samples automatically for comprehensive analysis and research,” Hu was quoted as saying at the conference in the eastern city of Nanjing.

The lander is expected to carry instruments developed by scientists from France, Sweden, Italy and Russia, Hu said. He gave no details of what they will do.