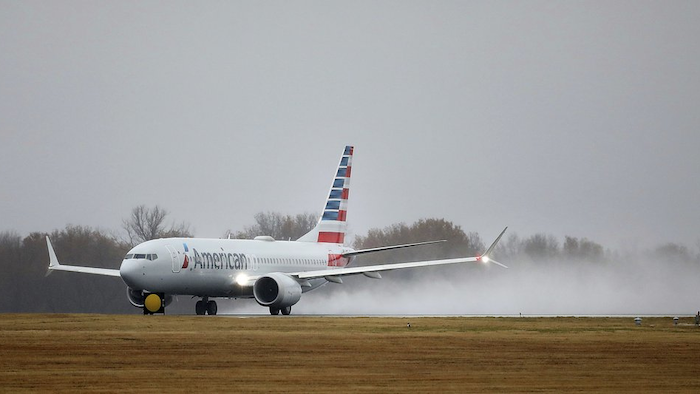 An airline spokeswoman said the plane from Miami landed safely and taxied to the gate under its own power. She said there were no injuries among the 95 passengers and six crew members.

The Boeing Max was grounded worldwide for nearly two years after two crashes that killed 346 people. Investigators have focused on a flight-control system, not the engines.

Federal regulators approved changes Boeing made changes to the flight system, and American resumed flying its Max jets in late December. Since then, United and Alaska Airlines have put passengers on Max planes, and Southwest Airlines plans to resume flights with the planes next week.