An experiment at Sandia National Laboratories hopes to provide insight into the bellies of planets hundreds of light years away. 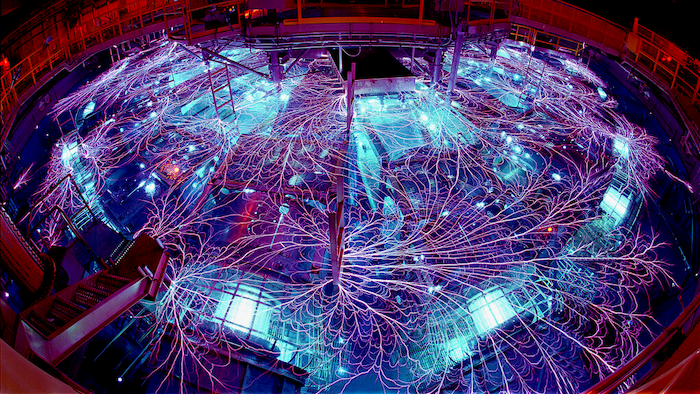 ALBUQUERQUE, N.M. (AP) — The researchers charged up the Z machine, and in a blink of an eye its fist-size target plate was moving faster than 30 kilometers per second before exploding into a sample of bridgmanite — an elusive material found in the center of the Earth.

The experiment, carried out at Sandia National Laboratories, was part of a project that is giving scientists insight into the bellies of planets hundreds of light years away — insights that may help them answer the age-old question: Is there life beyond Earth?

Or at least whether there’s a distant planet somewhere capable of sustaining life as we know it.

The groundbreaking research was recently featured in an article in Nature Communications. The article, authored by a team that included several Sandia scientists, delved into experiments on bridgmanite conducted at the labs’ Z Pulsed Power Facility, or Z machine.

The focus on the Sandia research comes as the world’s attention is once again fixed on the heavens. Last month, NASA landed a rover on Mars that will spend the next two years drilling in search of any evidence that microscopic life ever lived on Earth’s neighbor.

The Sandia study is trying to figure out if a planet could sustain life, the Albuquerque Journal reported.

One step was to find bridgmanite’s melting point and other traits.

By knowing more about bridgmanite, scientists may be able to ascertain what it’s like on the surface of faraway planets, and which ones most closely resemble Earth, said Joshua Townsend, a Sandia physicist who was part of the study.

The team made a short list of seven “super-Earth” planets between 21 and 1,500 light years away that could have atmospheres similar to Earth.

“These are not planets that you and I are ever going to see. But it’s still important to ask these questions and find answers,” Townsend said. “If we can do this and find out which planets we think are habitable or Earth-like … that helps us focus our attention on planets that we think may hold life.”

The Z machine is a 30-meter-diameter circle, with what look like florescent capillaries snaking across it. Its outer walls can store energy and force it into its center, which produces high temperatures, almost unfathomable amounts of pressure and powerful X-rays.

From late 2016 to late 2018, Sandia researchers placed pieces of bridgmanite at the center of the machine seven times, and took what the team called “Z shots” at the samples.

While one of the most abundant materials on the planet, bridgmanite is next to impossible to find naturally. It’s found in the core of the Earth, and likely deep inside other rocky planets. It can also be found in meteorites, said Sandia scientist Chris Seagle, who proposed studying bridgmanite using the Z machine.

By learning more about bridgmanite, such as when it melts and how it responds to intense pressure, scientists can draw conclusions about planets even if they are light years away from Earth.

To complete the study, the Sandia team partnered with the Carnegie Institution for Science in Washington, D.C., where Yingwei Fei, a scientist and co-author of the article, makes bridgmanite in a lab.

“Through the experiments we did on the Z machine, … we were able to study, with really incredible precision and accuracy, the properties of this material at very high pressure, like you would expect to find inside these big planets,” Seagle said. “And, more importantly, we found when this material melts.”

Why is the melting point so important?

Of the millions of “super-Earths” throughout the galaxy, Seagle said the only ones that could theoretically sustain life are those with a liquid core.

“Whether a planet’s inside is liquid or solid has a really big effect on a lot of other really important properties of a planet, (including) whether it can sustain an atmosphere,” he said.

The search for life should focus on planets that likely have a liquid core, Seagle said.

Without that protection, a planet would be stripped of anything needed to sustain life, he said.

So if scientists know things like the melting point of bridgmanite, and how it behaves under intense pressure, finding out which planets have those conditions inside them is a matter of physics.

“When you know the mass and radius of a planet you can calculate its density,” Seagle said. “If you know the density, and how various materials behave as a function of pressure and temperature, then you can start to build up a model and figure out what these planets are made of.”

Townsend said the data from the research project could guide future scientists searching for life beyond Earth.

“What’s been missing is an understanding of the interior of the planets. That’s what we’re trying to comment on,” Townsend said. “Here’s the list of planets you care a lot about. Here’s how our results can help you understand better what might be going on on these planets.” 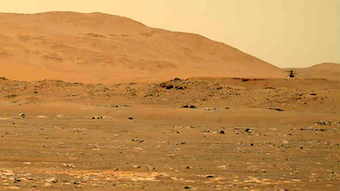 The low hum from blades spinning at more than 2,500 revolutions per minute is barely audible.
May 10th, 2021 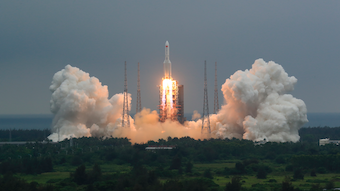 Chinese officials felt they were held to different standards than the U.S. and other space programs.
May 10th, 2021 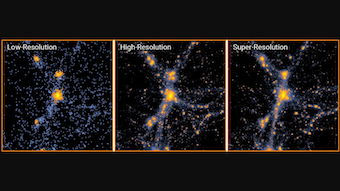 Using neural networks, researchers can now simulate universes in a fraction of the time.
May 7th, 2021 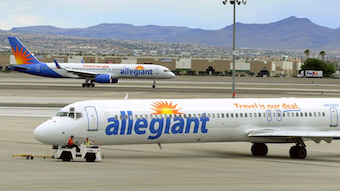 The Allegiant airliner was struck shortly after takeoff and returned to the airport for an inspection.
May 7th, 2021 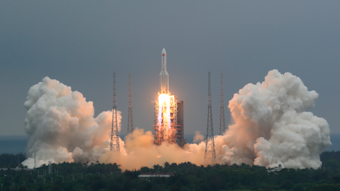 The rocket that launched the main module of China's first permanent space station is expected to plunge back to Earth at an unknown time and location.
May 7th, 2021 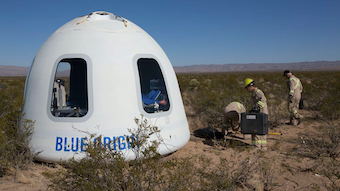 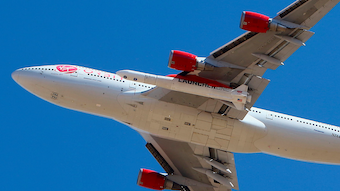 The company reached space for the first time earlier this year.
May 7th, 2021 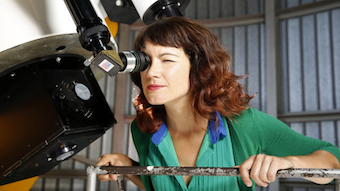 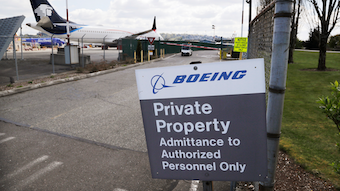 They say top federal aviation officials are too cozy with the aerospace giant.
May 6th, 2021 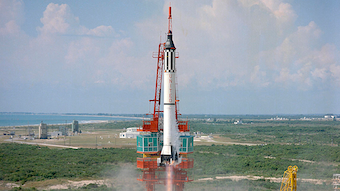 60 Years After the 1st American in Space, Tourists Line Up

SpaceX, Blue Origin and Virgin Galactic are poised to start bringing more and more people to space.
May 5th, 2021
Follow Us
Most Recent