Boeing failed to sell any planes and suffered more cancellations of 737 Max orders. 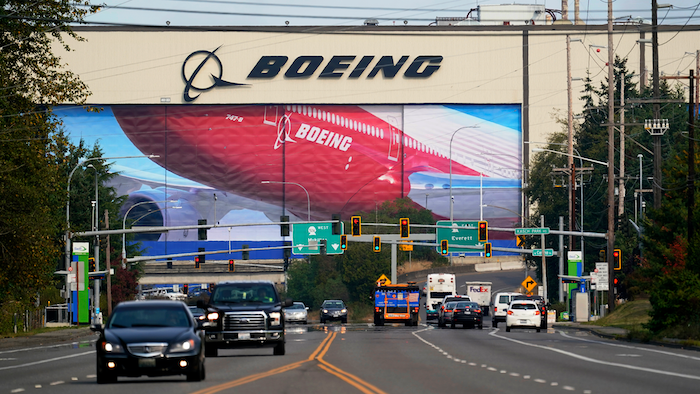 Boeing failed to sell any airline planes last month and suffered more cancellations of a grounded jetliner, further evidence of the company's battle to overcome a drop in air travel during the pandemic and crashes involving the 737 Max.

The company said Tuesday that three Max orders were canceled in September and it dropped orders for 48 more Max jets because of uncertainty about whether customers will be able to close the deals.

Boeing has booked 67 orders so far this year, but it has suffered 448 cancellations for the Max and dropped another 602 orders from its backlog because the company isn't sure it can complete the sales with so many airlines in financial trouble.

The 737 Max was Boeing's best-selling plane until it was grounded in March 2019 after two crashes that killed 346 people. In August, the company booked its first Max order of 2020, from a Polish airline. Boeing hopes to win U.S. approval by year-end for the Max to return to service.

Boeing said it delivered 11 new commercial planes last month, mostly twin-aisle 787s, compared with 25 last September. The company delivered 98 planes this year, through Sept. 30, compared with 301 in the same period of 2019. The decline in deliveries is crucial because Boeing gets the bulk of cash from sales when jets are delivered.

Chicago-based Boeing Co. has laid off thousands of workers this year. While it chose not to seek government pandemic-relief funds, the company has raised billions in private credit to get through the downturn.