The space telescope snapped the picture last month when the planet was 406 million miles away. 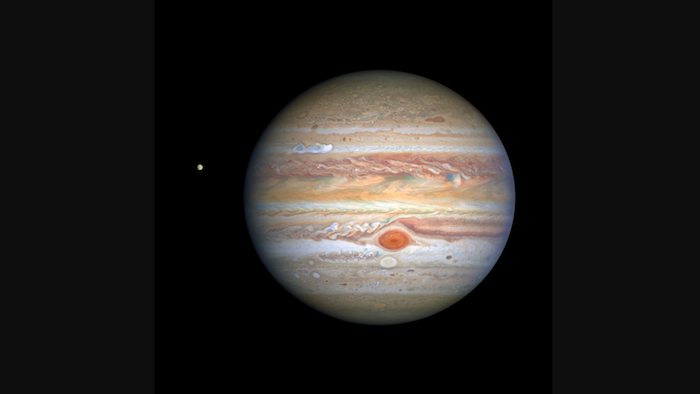 CAPE CANAVERAL, Fla. (AP) — Jupiter and its enticing moon Europa shine in a new photo by the Hubble Space Telescope.

Hubble snapped the picture last month when the planet was 406 million miles (653 million kilometers) away, and the Space Telescope Science Institute in Baltimore released it Thursday.

Europa, which is smaller than our own moon, appears as a pale dot alongside its giant, color-streaked gas planet. A bright white splotch in Jupiter’s northern latitudes indicates a new storm barreling around the planet at 350 mph (560 kph).

As for Europa, scientists believe an ocean is flowing beneath its frigid surface. NASA plans to launch a spacecraft, the Europa Clipper, later this decade to see if conditions there might be ripe for life.