The total is smaller than expected after thousands of workers agreed to leave. 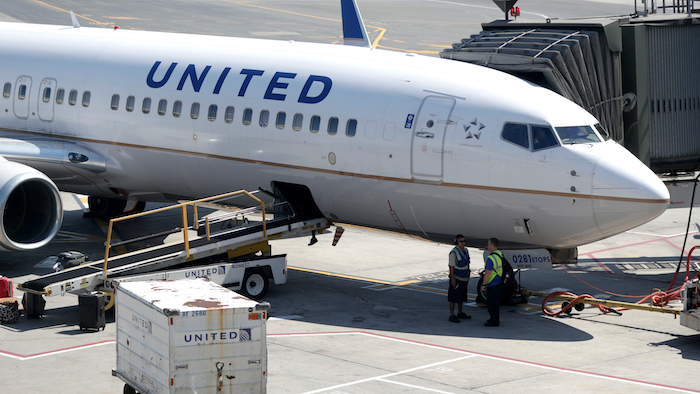 United Airlines said Wednesday it plans to furlough 16,370 employees in October, a smaller number than the airline predicted in July because thousands of workers agreed to leave with the travel industry facing a slow recovery from the pandemic.

Airline officials had outlined 36,000 potential furloughs in July. Since then, thousands of workers took early retirement, buyouts, or long-term leaves of absence.

United officials said the forced job cuts will begin Oct. 1, when a prohibition on furloughs ends. They said the furloughs would be postponed if Washington approves another $25 billion to help passenger airlines cover payroll costs.

Flight attendants will bear the brunt of the cuts, with 6,920 getting furlough notices. About 2,850 pilots, 2,260 airport-based employees, 2,010 maintenance workers and 1,400 management and support staff would also lose their jobs.

The figures do not include the 7,400 employees who took buyouts or early retirement. Up to 20,000 more accepted reduced work schedules or took voluntary leaves lasting up to 13 months.

Most union employees in the airline industry whose jobs are cut have rehiring rights — management and administrative staff generally do not. United began the year with 96,000 employees, 84% of whom were represented by unions.

The flight attendants’ union said United's announcement understates the job losses. The union said more than 15,000 flight attendants will leave the United payroll unless Washington approves more payroll aid for airlines, and another 3,400 who stay to keep health insurance will get no guarantee of work or income.

“Where will we go? The unemployment line,” said Sara Nelson, president of the Association of Flight Attendants. “The situation in the airline industry is not better than July when furlough notices went out. It’s actually worse.”

United officials said they were still discussing ways to limit pilot furloughs. Airlines are cautious about furloughing too many pilots because federal requirements for ongoing training mean it takes longer to bring them back.

United's disclosure comes after American Airlines said it expects to furlough or lay off 19,000 workers starting in October, and Delta has warned nearly 2,000 pilots that they could be furloughed.

Airlines don't need all their workers because air travel has plunged during the pandemic. Even with a modest recovery since April, U.S. air travel is down about 70% from a year ago, costing the airlines billions in revenue.

The airlines have cut schedules — United's schedule this month is only 37% of its schedule in September 2019 — slashed expenses and borrowed billions to survive the pandemic.

Josh Earnest, a United senior vice president, said the Chicago-based airline doesn't expect travel to return to normal until a vaccine for COVID-19 is widely available, and that the recovery is likely to be uneven. The airline expects to recall furloughed workers piecemeal, he indicated.

“We don't have to snap everybody back at the same time,” he told reporters. “We can basically build our workforce as we need it and as our schedule grows and as demand recovers.”

Airlines that accepted federal aid to cover payrolls have been barred from furloughing or laying off workers since March. United took $5 billion in payroll cash and loans. United and other airlines and their unions are lobbying for another round of payroll support that would run through next March, but the proposal is in limbo because of stalled negotiations between the White House and congressional Democrats over another large virus-relief measure.

President Donald Trump repeated Tuesday that his administration plans to help the airlines, but he didn't give any specifics.