The company needs clearance from the FAA before the planes can fly again. 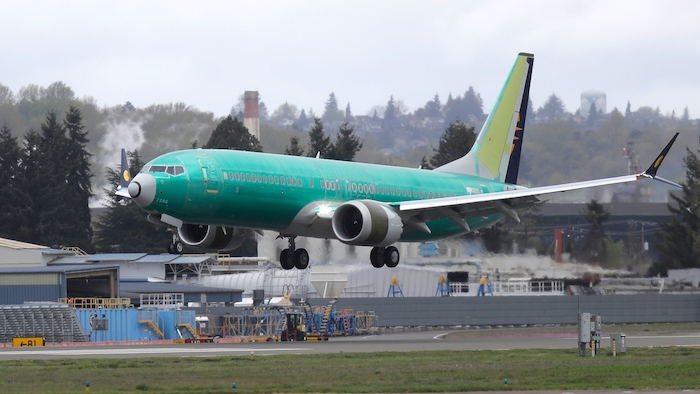 Flight-certification testing for Boeing's 737 Max, which has been grounded since March 2019 because of two deadly crashes, could begin as early as Monday, according to an Federal Aviation Administration email sent Sunday to congressional oversight committees.

The company needs clearance from the FAA before the planes can fly again, and the test flights, with FAA test pilots, are a key step. They would take several days and would evaluate Boeing’s proposed changes to the automated flight control system on the Max.

The flight control system, triggered by faulty readings from sensors, pushed the planes into nosedives that led to crashes in Indonesia and Ethiopia, killing 346 people.

Even if no new problems are discovered during the test flights, it’s likely to take at least a month to get pilots trained and get mothballed planes upgraded, inspected and serviced. The FAA has to sign off on Boeing’s pilot-training program, and a panel of international regulators will comment on minimum pilot training too.

Boeing said it deferred to the FAA and global regulators on the Max certification process.

Nearly 400 Max planes had been delivered to airlines before they were grounded, and Boeing has built several hundred more.