Instruments and data collection on some space probes are being temporarily stopped. 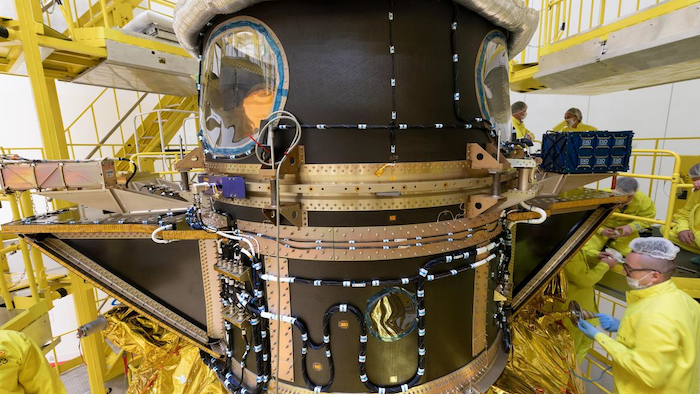 BERLIN (AP) — The European Space Agency said Tuesday that it is putting eight of its spacecraft into hibernation as it scales down operations during the coronavirus outbreak.

The agency said it is further reducing the already limited number of staff working on site at its mission control in Darmstadt, Germany. As a result, the instruments and data collection on some space probes are being temporarily stopped.

They include the Cluster mission, consisting of four probes launched in 2000 to investigate Earth's magnetic environment and how it is affected by solar wind; the ExoMars Trace Gas Orbiter launched in 2016 to investigate the red planet’s atmosphere; Mars Express, launched in 2003 and which has been capturing images of the surface of Mars; and the Solar Orbiter mission launched last month to observe the sun.

The eight spacecraft are among 21 currently flown from Darmstadt. The agency said one staff member there has tested positive for COVID-19.

“Our priority is the health of our workforce, and we will therefore reduce activity on some of our scientific missions, especially on interplanetary spacecraft, which currently require the highest number of personnel on site,” ESA’s director of operations, Rolf Densing, said.

He said putting the probes into hibernation would have “a negligible impact” on their missions.

The European Space Agency recently said it was postponing the launch of its joint Mars rover mission with Russia’s Roscosmos until 2022, in part due to travel restrictions resulting from the pandemic.

NASA has also temporarily suspended work on the James Webb Space Telescope in California due to the coronavirus, putting its spring 2021 target launch date in jeopardy.