Giant Telescope's Cost Rises to $2.4B

The price tag is now estimated to have ballooned by a billion dollars. 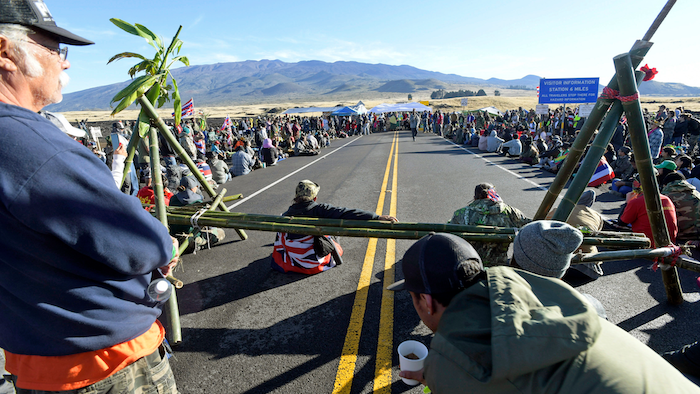 HONOLULU (AP) — The cost to build a giant telescope that's unpopular among many Native Hawaiians is now estimated to have ballooned by a billion dollars.

“While an exact updated project cost will depend on when and where on-site construction begins for the Thirty Meter Telescope, the latest estimate for the TMT project is in the range of $2.4 billion in 2020 dollars," Gordon Squires, TMT vice president, said in a statement this week.

Construction of one of the world's largest telescopes on Hawaii's tallest mountain, Mauna Kea, has been stalled by foes of the embattled project who say the telescope will desecrate land held sacred to some Native Hawaiians.

Protesters have stopped construction from going forward since mid-July.

“The increase of nearly one billion dollars is due to the delay in starting on-site construction in Hawaii, as well as inflation and world market cost increases for some construction items,” Squires said. “We will not know the true cost of the project until we finalize a construction site and do an analysis.”

Telescope officials have selected an alternate location in Spain's Canary Islands if it can't be built in Hawaii.

Hawaii is still the preferred site, regardless of the cost increase, Squires' statement said.

TMT International Observatory Executive Director Edward Stone said each of the project's partners, which includes Canada, India, Japan and China, would have to agree to go to the Canary Islands, the New York Times reported last week.

“We’re not there yet," he said, though some partners were already willing to move while others wanted to wait and see what happens in Hawaii.

A final decision on the site was a few months away, said Gary Sanders, project manager for the telescope, according to the newspaper.

Japan suspended its yearly funding for the project. But it isn't pulling out of participation.