Pilots Killed in Crashes Increasingly Had Drugs in System

Sedating antihistamines were the most frequently-found drug that could impair a pilot’s ability. 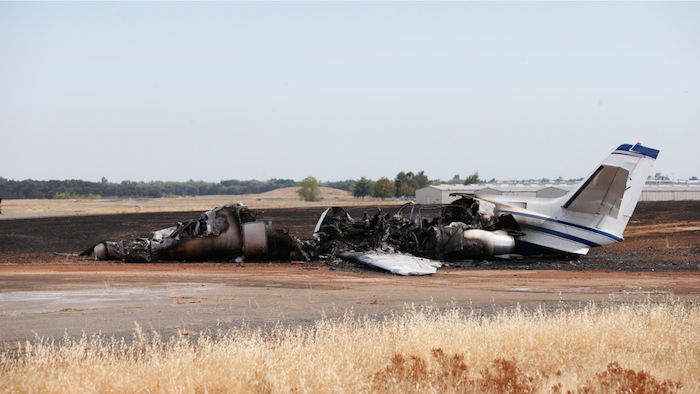 The remains of a twin-engine Cessna Citation at the Oroville Airport in Oroville, Calif., Aug. 21, 2019.
AP Photo/Rich Pedroncelli

WASHINGTON (AP) — More than one in four pilots involved in fatal crashes have drugs in their system, and the number is up slightly since researchers first studied the problem.

The National Transportation Safety Board said Tuesday that 28% of pilots who died in crashes between 2013 and 2017 and for whom there were toxicology results were found to have used at least one impairing drug.

That was an increase over the 23% rate among pilots killed in plane crashes from 1990 to 2012. Results from the earlier period were published in a 2014 report.

In both studies, researchers used information from a toxicology-lab database maintained by the Federal Aviation Administration and the safety board’s accident records. The researchers did not determine whether the drugs were likely to have impaired a pilot at the time of the crash.

In the most recent report, which covered 952 pilots, 97% were killed in crashes of private planes or “general aviation.” The average age of the pilots was 56.

Researchers saw increases in the presence of potentially impairing drugs, controlled substances and illegal drugs. Sedating antihistamines were the most frequently-found drug that could impair a pilot’s ability, followed by pain relievers including opioids.

The board said the research indicated that marijuana use is increasing, which it called a safety hazard that hasn’t been effectively addressed.