The three big U.S. airlines that own 737 Max jets don’t expect the grounded plane back in their fleets until after the peak travel season. 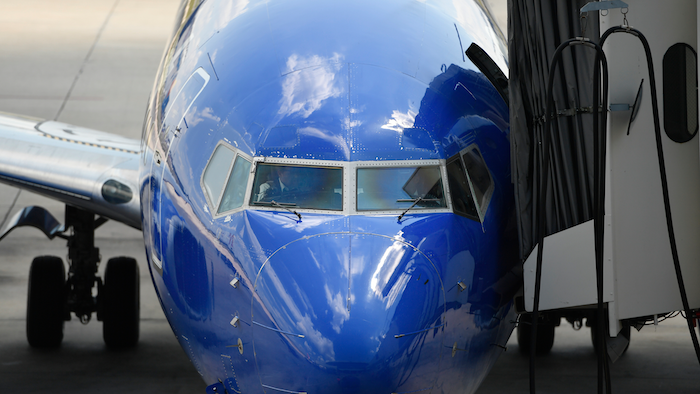 DALLAS (AP) — The three big U.S. airlines that own Boeing 737 Max jets don’t expect the grounded plane back in their fleets until after the peak summer travel season, and that promises to lead to thousands more canceled flights and higher costs well into another year.

On Thursday, American Airlines executives said they canceled 10,000 flights in the fourth quarter because of the idled planes.

Southwest Airlines said the grounding cut its 2019 operating income by $828 million. The airline expected to own about 75 Max jets by now — 10% of its fleet — and the shortage is creating “a crisis-like challenge,” said CEO Gary Kelly.

The airlines planned to add more flights in 2020 to take advantage of strong demand for travel. Now Southwest figures to shrink by up to 2.5% in the first quarter, compared to early 2019. Beyond that, the airline isn't sure because it all depends on when the Max returns.

Max operators say they are still confident in the plane, which they bought with its promise of better fuel economy and larger size than previous versions of the venerable Boeing 737, which has a good safety record.

“We know it will fly again some day,” American Airlines CEO Doug Parker said of the Max. "When it does, we’ll be ready.”

The comments, which echoed those by United Airlines executives the day before, came as American and Southwest reported fourth-quarter profits.

Both American and Southwest have reached settlements with Boeing over damages they suffered from the loss of their Max jets during 2019. They will continue negotiating as the financial impact lingers long into 2020.

The Max has been grounded since last March after two crashes killed 346 people. Boeing, which is working on fixes to software and other items, said this week that it doesn't expect federal safety regulators to clear the plane to fly until June.

Southwest executives said even after the plane is re-certified by the Federal Aviation Administration, they will need three or four more months to update operating manuals, get mothballed planes ready to fly, and train pilots in Max flight simulators.

That would push the plane's return into the fall. Southwest, American and United have all removed the Max from their schedules into June but are certain to push back their schedules again after Boeing's latest announcement.

Those airlines face a limit on growth and are keeping a few older planes flying instead of retiring them. Meanwhile, rival Delta Air Lines, which never bought any Max jets, continues to grow.

American reported record-high occupancy levels on its planes, which helped push earnings up 27% to $414 million. The results were slightly better than expected, with adjusted earnings of $1.15 per share being a penny higher than a FactSet survey of 18 analysts.

The Fort Worth, Texas, airline said 2020 adjusted earnings, excluding non-repeating items, will be between $4 and $6 per share. That is in line with Wall Street expectations of $5.06 per share.

Cowen analyst Helane Becker said American's 2020 forecast was probably conservative because of uncertainty around the Max and the economy.

Southwest’s profit slipped 21% to $514 million, partly due to higher costs and lost revenue from the Max grounding.

Analysts were looking for earnings of $1.09 per share, according to FactSet. Southwest delivered 98 cents per share, but that included a loss of 18 cents per share related to the Max. Revenue was $5.73 billion, slightly better than analysts predicted.

JetBlue, which didn’t buy the Max, said Thursday that fourth-quarter profit fell 5% to $161 million or 56 cents per share, beating the analysts’ forecast of 19 cents per share. The airline gave signs that it is getting long-rising costs under control, and it estimated 2020 earnings of $2.50 to $3 a share, above Wall Street’s $2.38 forecast.