The lab's achievements in shock wave research over six decades have had a major impact on engineering research. 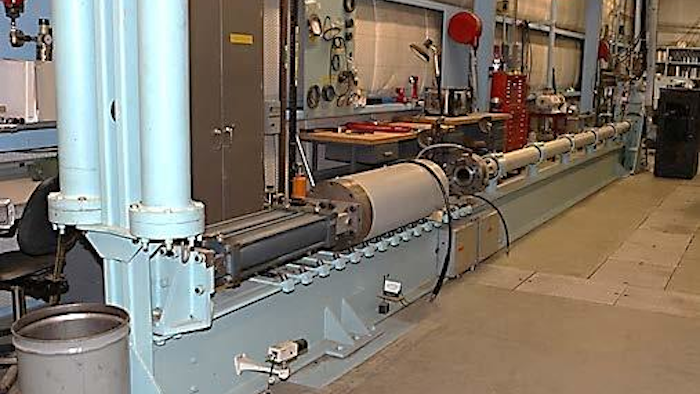 Sandia National Laboratories physicists Mark Boslough and Dave Crawford predicted the Hubble Space Telescope would see a rising vapor plume as the Shoemaker-Levy 9 comet crashed into the far side of Jupiter (Figure 1) in 1994. 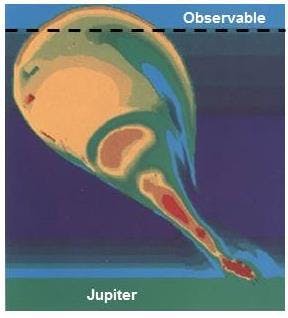 And sure enough, the plume produced by the impact matched Sandia's computational analysis (Figure 2). A member of the Hubble team told Boslough that the images of the plume's rise and descent "were so eerily like Sandia's predicted models that I showed them side by side for years afterwards." 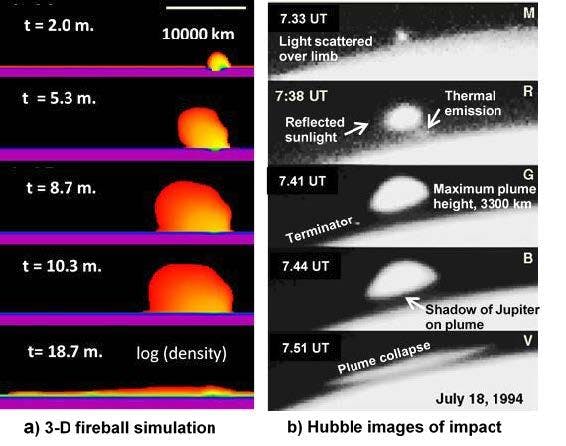 a) Simulation of fireball and plume evolution after impact of 3-km water ice fragment with times in minutes. b) Hubble images at times after impact for similarly sized fragment.Boslough, Crawford 1997, Copyright 2006, John Wiley and Sons. NASA and Space Telescope Science Institute acknowledged for Hubble image.

Boslough's fascinating account is one of many reminiscences by 45 shock physics researchers, mostly from Sandia, whose exciting work is the subject of a poster presentation by a current Sandian, Dr. Mary Ann Sweeney, this week at the American Physical Society, Division of Plasma Physics meeting in Fort Lauderdale, Florida. Dr. Sweeney's poster will describe shock physics research at Sandia from its early history (Figure 3) to today. 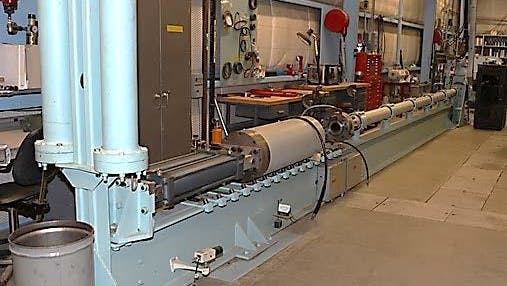 Shock physics studies the behavior of solid materials when objects collide with them at tremendous velocities, producing a shock wave that rapidly spreads and can change some of the material to a liquid, gas, or an assembly of charged particles (a plasma). This interdisciplinary field employs experiments, simulations, and theory to understand what happens to materials subjected to incredible forces. It has applications to nuclear and conventional weapons, astrophysics, planetary science, material synthesis, and outer space.

Sandia was born in the aftermath of World War II to address the national security needs of postwar America, and shock wave physics was a key topic from the beginning. Since then, Sandia's major achievements in shock compression science include the construction of the world's largest high frequency electromagnetic wave generator, informally called the Z machine, which today provides data on the properties of materials at extreme pressures and temperatures. In the 1960s, Sandia scientists developed and patented the quartz gauge, which played a principal role in quantifying radiation-produced stress waves that can follow the explosions of nuclear weapons. Sandia's work on shock wave science has also provided crucial understanding of the cause of the turret explosion aboard the USS Iowa, which killed 47 sailors in 1989.

Sandia's achievements in shock wave research over six decades have had a major impact on scientific and engineering research at Sandia and in the broader scientific community. By telling the story of this remarkable journey, Dr. Sweeney's poster aims to inspire and invite experts, non-experts, early-career scientists, and science and engineering students to contribute to the field. The poster presentation will also convey to the public a researcher's experiences--the challenges, frustrations, personal struggles, and ultimately the gratification of making a pioneering discovery or solving a problem. As former Sandian Lalit Chhabildas says, "I wish I were 20 years younger because...technology computationally, theoretically, and experimentally in shock physics has advanced so much we can now tackle problems we once could just dream about."