US Sanctions on EU Approved in Airbus Case

The Trump administration plans to impose the sanctions starting Friday. 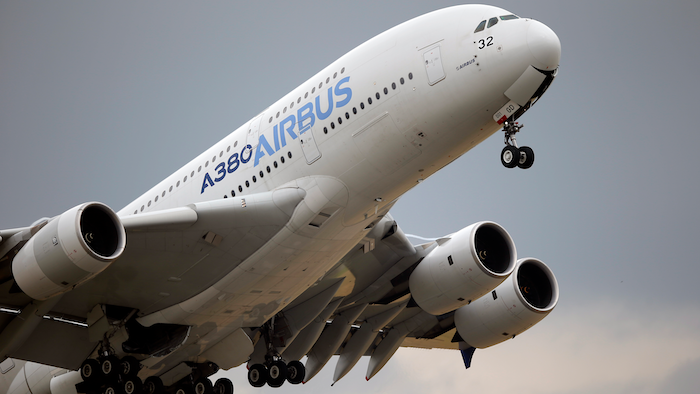 In this June 18, 2015, file photo, an Airbus A380 takes off for its demonstration flight at the Paris Air Show.
AP Photo/Francois Mori, File

GENEVA (AP) — The World Trade Organization has formally given the go-ahead for the United States to impose trade sanctions on up to $7.5 billion worth of European Union goods following a ruling that European plane maker Airbus received illegal subsidies.

The move by the trade body's dispute settlement body was largely a formality after the long-awaited Oct. 2 ruling by a WTO arbitration panel. For that ruling to be blocked, every country including the United States that attended the settlement body's meeting Monday would have had to reject it.

The Trump administration plans to impose the sanctions starting Friday.