Police Come Up Empty in Hunt for London Airport Drones

Two suspects were arrested but were released without being charged. 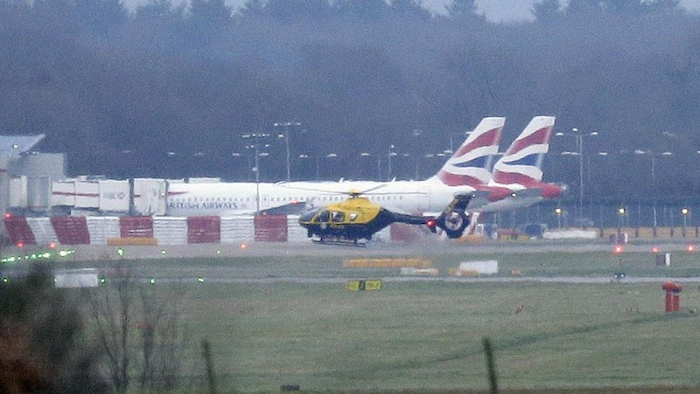 A police helicopter flies over Gatwick Airport after drones were spotted over the airfield, Dec. 20, 2018.
Tim Ireland/AP

LONDON (AP) — British police say they have come up empty-handed in their search for the culprits behind December's drone disruptions at Gatwick Airport.

More than 140,000 travelers were stranded or delayed after dozens of drone sightings shut down Britain's second-busiest airport for parts of three consecutive days.

Sussex Police said Friday the perpetrators had "detailed knowledge" of the airport.

The force said detectives had identified 96 people of interest, took 222 witness statements and made 1,200 house-to-house inquiries. Two suspects were arrested but were released without being charged.

Assistant Chief Constable Dave Miller said "without new information coming to light, there are no further realistic lines of inquiry."

Police said the incident was not deemed terror-related "and there is no evidence to suggest it was either state-sponsored, campaign or interest-group led."