European Space Agency engineers shifted the Aeolus into a higher orbit after SpaceX said it would not change the course of its Starlink 44 satellite. 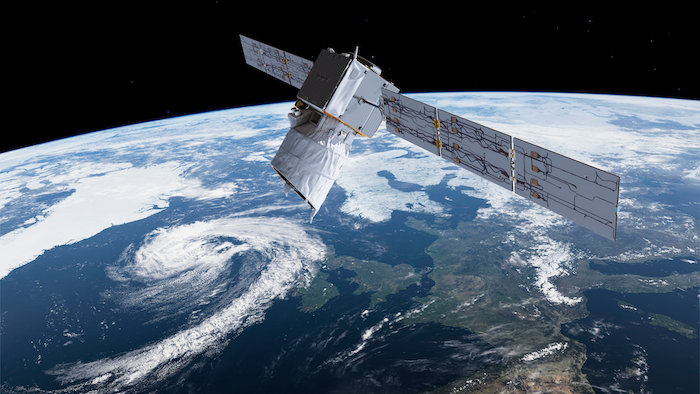 BERLIN (AP) — A European space probe has performed an evasive maneuver to avoid a possible collision with another satellite after its operator, private firm SpaceX, failed to receive a warning message.

Officials at the European Space Agency said Tuesday that engineers decided to move the Aeolus satellite into a higher orbit after being told last month by SpaceX that it had no intention of changing the course of its Starlink 44 satellite.

SpaceX said that what appeared to be a hard-nosed stance was actually the result of a communications error.

The two operators last exchanged messages Aug. 28, when the probability of a collision was far below the threshold for evasive maneuver, the California-based company said in a statement.

The U.S. Air Force's 18th Space Control Squadron, which monitors objects in orbit, later raised the probability of a collision to more than 1 in 10,000, requiring an evasive maneuver.

"But a bug in our on-call paging system prevented the Starlink operator from seeing the follow-on correspondence on this probability increase," SpaceX said, adding that had the message been seen it would have coordinated with the Europeans to determine who should give way.

The company said it is investigating the issue and plans to implement "corrective actions."

But ESA said the incident, along with the absence of firm traffic rules in orbit, highlighted the need to improve coordination among satellite operators.

"Today, this negotiation is done through exchanging emails, an archaic process that is no longer viable as increasing numbers of satellites in space mean more space traffic," said Holger Krag, head of space safety at ESA. The agency is proposing an automated system to deal with collision risk.

A crash could have sprayed thousands of pieces of debris across a wide area, greatly increasing the chances of further collisions between satellites and clouds of space junk.

While satellites have to dodge each other from time to time, "it is really the first time that we had to do it with one of these big constellations," said Klaus Merz of ESA's space debris office.

Starlink 44, which was launched in May, is part of a so-called mega constellation that will grow to thousands of satellites and with which SpaceX plans to provide internet services around the globe.

Merz noted that despite not hearing from SpaceX anymore, at least European Space Agency engineers knew which course Starlink 44 was on and were able to dodge the satellite.

"In the end the key information we needed was there," he said.