The renovated facility near Philadelphia will manufacture fuselages for the military to upgrade the V-22 Osprey. 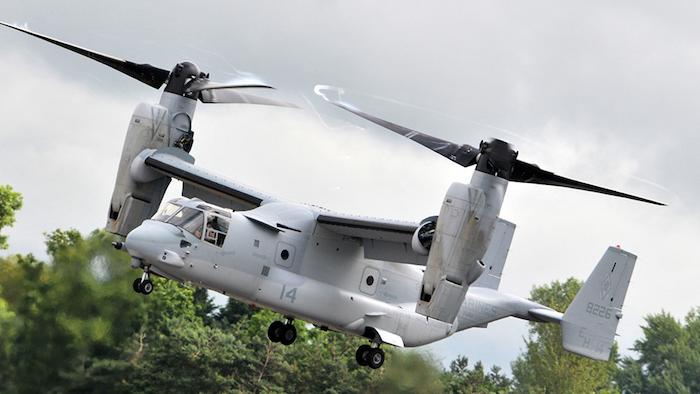 Boeing this week announced the completion of $115 million in renovations to a formerly vacant factory that will now produce aircraft components for the U.S. Marine Corps.

The 350,000-square-foot facility outside Philadelphia will make standardized fuselages for the upgraded V-22 Osprey, a tiltrotor that combines the takeoff and landing capabilities of a helicopter with the flight abilities of a fixed-wing aircraft. Marine Corps Col. Matthew Kelly, who leads the V-22 joint program, called the effort to modernize the aircraft “our No. 1 priority.”

“We started this project two years ago in a mothballed building,” Boeing Vertical Lift General Manager David Koopersmith said in a statement. “Now, it is a state-of-the-art manufacturing center for the only in-service tiltrotor aircraft in the world.”