Coconino County officials hope to fly vote tallies from deep within the Grand Canyon to their offices in Flagstaff. 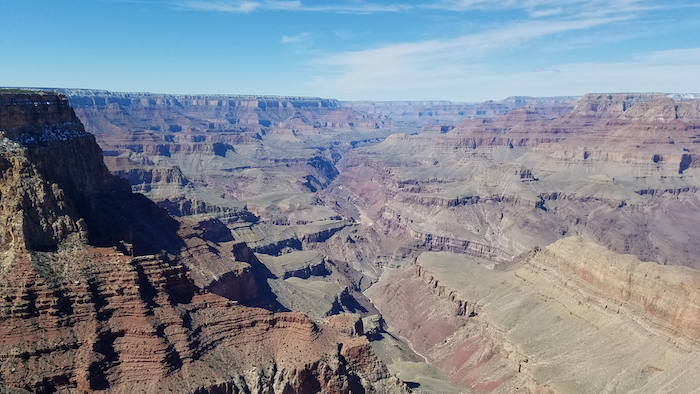 FLAGSTAFF, Ariz. (AP) — Officials in an Arizona county hope to use a drone to make it easier to get vote tallies from tribal land deep within the Grand Canyon during next year's election.

Voting machines on the Havasupai reservation have sent tallies electronically in recent years. But new equipment is forcing Coconino County to make a change.

County recorder Patty Hansen said she's working with the sheriff's office and the tribe to see if a drone could carry a memory stick with vote tallies out of the canyon to a trailhead. The stick then would be driven to Flagstaff more than two hours away where county-wide results are tabulated.

If that doesn't work out, Hansen said, a county worker would have to hike the ballots out of the canyon after polls closed — similar to what's been done in the past.

The reservation famous for its blue-green waterfalls is accessible only through an 8-mile (13-kilometer) dirt trail or by helicopter.

"It's kind of dark there, and there could be animals or you could fall or something, injure yourself," she said.

No drone tests have been conducted. The Havasupai Tribe prohibits the use of drones on its land and would have to give the county permission, tribal spokeswoman Abbie Fink said.

About 130 people are registered to vote on the Havasupai reservation, but turnout generally is low. Hansen said 30 people voted in person in the last major election and eight by mail.