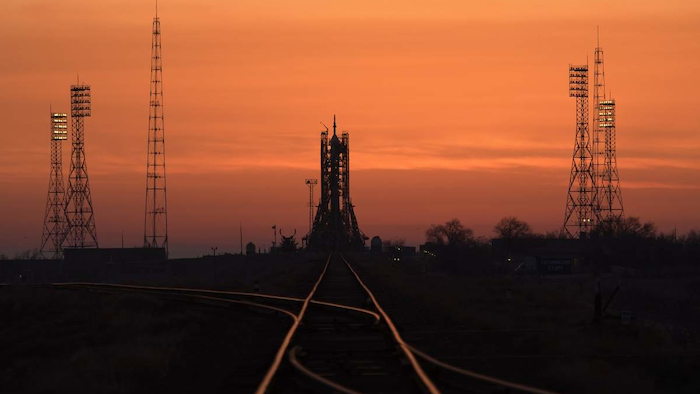 A Soyuz rocket at dawn on launch site 1 of the Baikonur Cosmodrome, Thursday, March 14, 2019.
Associated Press

The Progress 73 cargo ship blasted off atop a Soyuz rocket at 1210 GMT Wednesday. It is to dock with the ISS about 3 ½ hours later after two orbits.

The Progress is carrying about three tons (2.7 metric tons) of food, fuel and supplies to the space station, which currently has six astronauts aboard.