In 15 launches, this was the first failure. 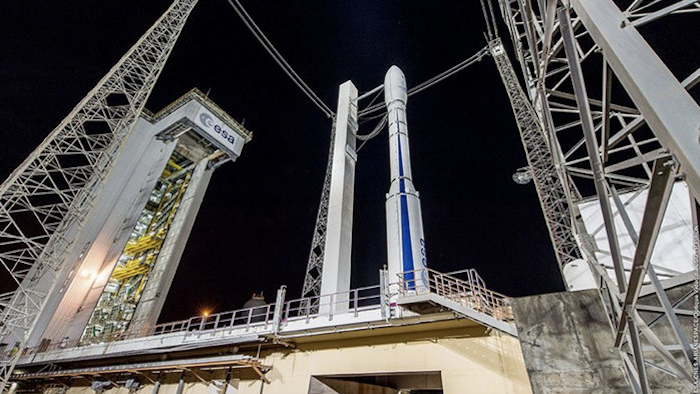 Approximately two minutes after the Vega launcher’s liftoff from the Spaceport in French Guiana, a launcher anomaly occurred shortly after ignition of the second stage – leading to the premature end of the mission. According to ESA, data analyses are in progress to clarify the reasons for this failure, and an independent inquiry commission will be set up.
ESA

PARIS (AP) — The launch of a European Vega rocket carrying an imaging satellite for the United Arab Emirates failed about two minutes after liftoff from the European base in French Guiana.

Arianespace, which markets the satellite, said in a brief statement on Thursday that the Wednesday night launch ended after a "launcher anomaly occurred" bringing the mission to an early end.

The statement said that anomaly occurred shortly after ignition of the second stage.

It added that an analysis of data quickly got underway, and an independent inquiry commission was to be set up in the hours ahead.

The launch, with its Falcon Eye 1 payload, was originally set for July 7 but was postponed because of high-altitude winds.

It was the 15th launch of Europe's Vega rocket and first failure.