Ampaire flew its modified Cessna 337 Skymaster, which replaces one engine with a battery-powered electric motor, over a California airport. 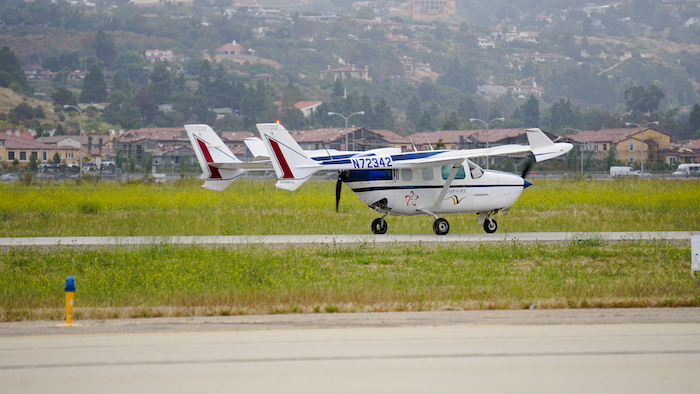 A California company has conducted a test flight of a hybrid-electric airplane capable of carrying six people.

The aircraft normally has two combustion engines, one in front and another at the rear, that turn propellers in a push-pull configuration.

Ampaire has replaced one engine with a battery-powered electric motor.

The company says the result is savings on greenhouse gas emissions and operating costs.

It plans to test a pre-production prototype this year on a Maui in partnership with Mokulele Airlines and hopes to achieve commercial operations in 2021.