Boeing Receives Dreamliner Order Worth $2.7B

Air New Zealand said it negotiated a substantial discount on the price it will pay for the 787-10 planes, which will replace its fleet of eight Boeing 777-200s. 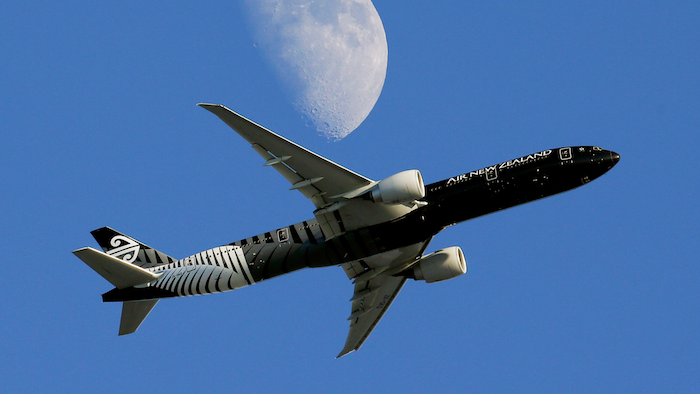 Air New Zealand announced Monday that it has ordered eight new Boeing Dreamliner planes with a list price of $2.7 billion.

The nation's flagship carrier said it negotiated a substantial discount on the price it will pay for the 787-10 planes, which is typical for such purchases. It said the new planes will replace its fleet of eight Boeing 777-200s, and it will take delivery of the new planes over a period of five years beginning in 2022.

Air New Zealand said it will use engines made by Boston-based GE for the new planes after using British Rolls-Royce engines for previous purchases of Boeing 787-9 Dreamliners.

The British manufacturer ran into problems with its Trent 1000 engines that forced it to carry out inspections and repairs, causing delays and cancellations across the globe, including to some Air New Zealand flights.

Air New Zealand Chief Executive Christopher Luxon said the new planes would be 25% more fuel efficient than those they're replacing.

"In connecting New Zealand with the world, we naturally offer a high proportion of long-haul flights, and these state-of-the-art aircraft will ensure we continue to operate one of the world's youngest and most efficient jet fleets," Luxon said in statement.

The agreement includes options to increase the number of new planes to 20, as well as flexibility around delivery dates and switching some orders to smaller 787-9 planes.