The Tesla and SpaceX CEO spoke at a school assembly in Flint, Mich., after donating laptops to students. 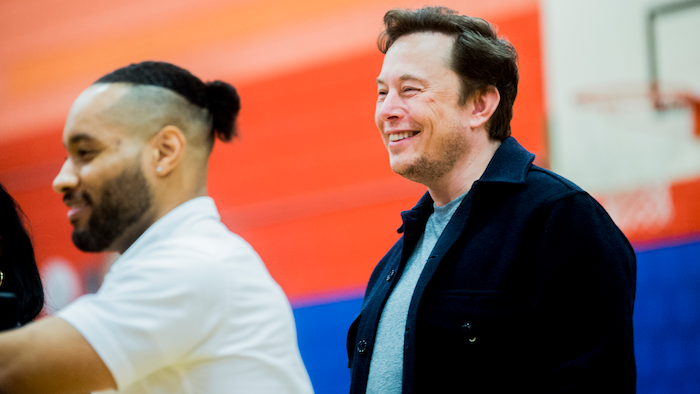 Tech billionaire Elon Musk smiles while he and other Tesla officials talk with hundreds of students on Friday, March 22, 2019, at Doyle-Ryder Elementary School in Flint, Mich.
Jake May, MLive.com/The Flint Journal via AP

Tech billionaire Elon Musk surprised students by showing up at a school assembly in Flint, Michigan, and promising to take some of them for a tour of his Space X rocket factory in California.

Musk and Flint Community Schools Superintendent Derrick Lopez also told the crowd of sixth- and seventh-graders Friday that they'd all be getting free laptops.

The Musk Foundation announced in December it was giving about $424,000 to help provide laptops as the city recovers from a crisis with lead-tainted water . The schools were also using a separate Musk grant of $480,000 to for water filtration.

The assembly was held at Doyle Ryder Elementary but included students from several Flint schools. Musk is the CEO of Tesla Motors and the head of SpaceX.