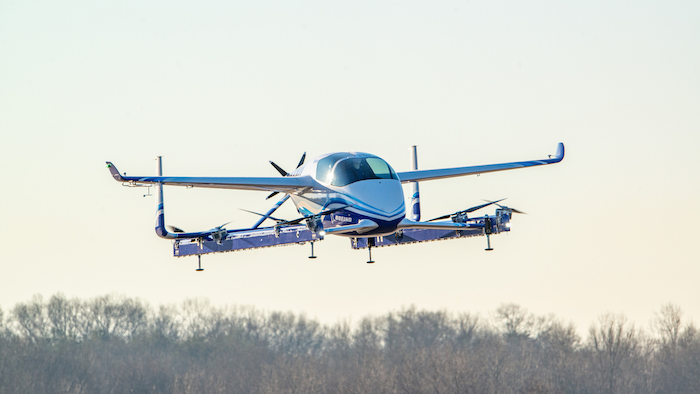 The air vehicle project, led by Boeing’s NeXT mobility division and designed by its Aurora Flight Sciences subsidiary, took off, hovered and landed at the airport in Manassas, Va. The 30-foot long, 28-foot wide prototype is fully electric — with a range of up to 50 miles — and includes rotors as well as wings to enable it to take off and land vertically.

The initial test evaluated its autonomous capabilities and ground control systems; subsequent flights will test its forward flying abilities and the transition between vertical takeoff and wing-borne, forward flight. The latter test, officials noted, is considered “the most significant engineering challenge for any high-speed VTOL aircraft.”

Boeing engineers touted moving from concept to a flying prototype in within one year and suggested the system will eventually help enable “quiet, clean and safe urban air mobility”

"This is what revolution looks like, and it's because of autonomy," Aurora President and CEO John Langford said in a statement.