The European aircraft maker said 120 passenger aircraft ordered by JetBlue and startup Moxy will be built near the company's existing plant in Mobile, Ala. 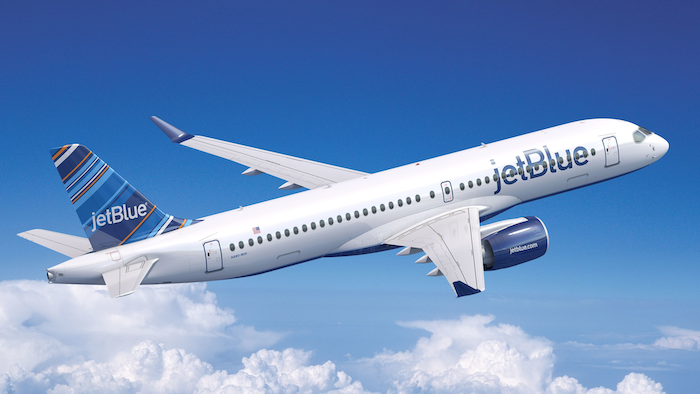 JetBlue Airways has ordered 60 A220-300 aircraft, the larger model of the new, industry-leading A220 series.
Airbus S.A.S.

The aerospace industry on the U.S. Gulf Coast received a boost Thursday as Airbus said it will fulfill two new aircraft orders at an expanding manufacturing operation in Alabama.

The European aircraft maker said 120 passenger aircraft ordered by JetBlue Airways and the startup airline Moxy will be built in a new factory near the company's existing plant in Mobile, Alabama.

Construction on the plant will begin later this month, the company said.

JetBlue and Moxy each ordered 60 of the A220-300 aircraft manufactured by Airbus. The plant will be located beside a factory where Airbus already produces the A320 aircraft in Mobile.

The A220, with 100 to 150 passenger seats, used to be known as the Canadian Bombardier C-Series, but Airbus bought the program after Boeing pushed a trade war over it.

Airbus, with nearly 500 employees on the coast, produced its first airplane in Mobile in 2016. The new A220 line in Alabama is in addition to one the company is opening in Mirabel, Canada.

Aside from Airbus, aerospace projects in the region include NASA centers in Louisiana and Mississippi and an extensive military aviation presence in the Florida Panhandle.