The lightweight, flexible structure utilizes centrifugal forces to transform from a skirt-like shape to a shield upon reentry into the atmosphere. 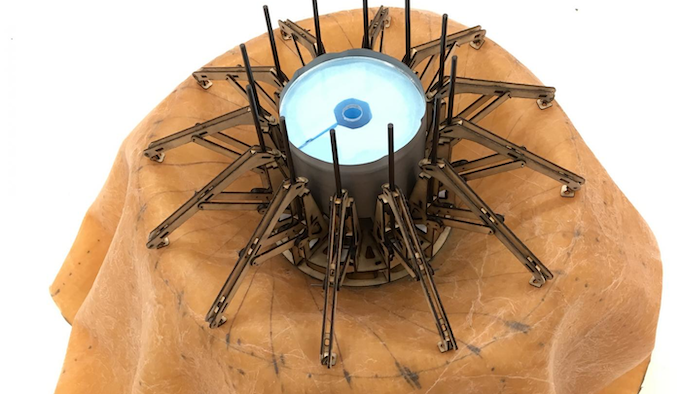 A novel type of heat shield could provide the structural flexibility needed to safely travel deeper into space, according to research published by a University of Manchester doctoral student.

University officials said the prototype shield developed by Rui Wu is a lightweight, flexible alternative to the heavy, complex mechanical or inflatable structures used by current spacecraft to prevent burning up and crashing upon reentry into the Earth’s atmosphere.

The structure, made of a flexible material with a high temperature threshold, is shaped like a skirt and spins during flight. Once the craft reaches a planetary atmosphere, centrifugal forces from aerodynamic drag stiffen the materials to create the heat shield.

As governments and private industry alike voice their ambitions to voyage deeper into space — eventually to Mars — Wu warned that type of space travel will need to clear significant logistical hurdles.

“Spacecraft for future missions must be larger and heavier than ever before, meaning that heat shields will become increasingly too large to manage,” he said.

And although it could make high-profile deep-space trips more practical, the shield could also benefit more conventional space missions.

“Since this prototype is lightweight and flexible enough for use on smaller satellites, research could be made easier and cheaper,” Wu said.

The research was published in the journal Acta Astronautica.