He faces up to 30 years in prison. 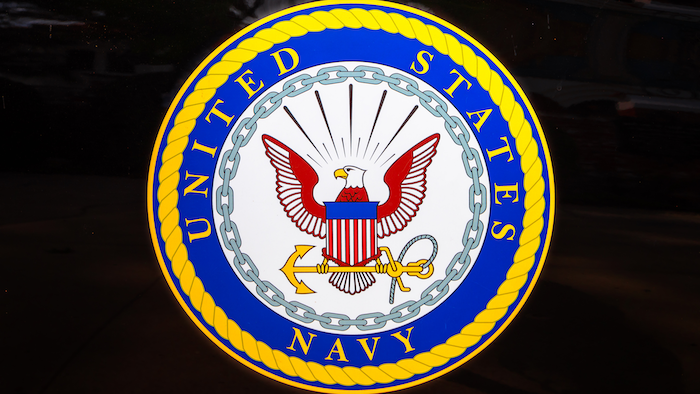 JACKSONVILLE, Fla. (AP) — A Florida-based U.S. Navy flight officer has been convicted of buying guns for a Chinese businessman who was later convicted of export crimes.

Lt. Fan Yang, 36, also lied about his relationship with the businessman on security forms, authorities said.

The Chinese-born American citizen faces up to 30 years in prison at a sentencing hearing scheduled for March 16.

Before becoming a commissioned naval officer, Yang formed a relationship online with Ge Songtao, a citizen of the People’s Republic of China, according to an indictment. They eventually met in person in 2013, while Yang was in Navy flight training in Pensacola, prosecutors said.

In 2016, while Yang was stationed in Jacksonville, Yang recommended that Ge Songtao hire Yang’s wife, Yang Yang, at Ge Songtao's China-based company, Shanghai Breeze Technology Co. Ltd. That company purchased maritime equipment in the U.S. that was designed for law enforcement and military missions and exported it to China.

Yang Yang received more than $300,000 in payments from Shanghai Breeze, its creditors and Ge Songtao’s executive assistant and co-defendant, Zheng Yan, prosecutors said. The money was used to pay Yang Yang’s salary, Shanghai Breeze’s expenses in the U.S. and for goods that Ge Songtao ordered the Yangs to purchase. The funds were frequently routed through the Yangs’ family business, BQ Tree LLC.

In 2017 and again in 2018, Fan Yang purchased two handguns for Ge Songtao, who later reimbursed the naval officer. In both cases, investigators said Fan Yang completed a Firearms Transactions Record where he falsely represented that he was purchasing the firearm for himself, rather than for Ge Songtao.

Although Ge Songtao employed Yang’s wife, had been to the Yangs’ home and had paid for the Yangs to travel and visit him, prosecutors said Fan Yang consistently hid their relationship from the Navy.

While assigned as an instructor in 2019 at the Maritime Patrol and Reconnaissance Weapons School in Jacksonville, Yang completed and signed a background questionnaire as part of the renewal of his top secret security clearance. That questionnaire required the disclosure of any close or continuing contact with foreign nationals. Investigators said Yang failed to disclose the extent of his contacts with Ge Songtao and hid that he had maintained a bank account in China and possessed an expired Chinese passport.