They are expected to emphasize development of semiconductors and other technology. 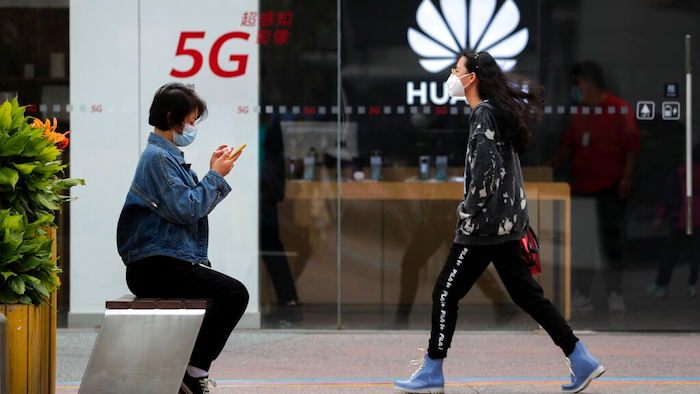 A woman wearing a face mask to help curb the spread of the coronavirus browses her smartphone as a masked woman walks by the Huawei retail shop promoting it 5G network in Beijing on Oct. 11, 2020. Chinese leaders are meeting to formulate an economic blueprint for the next five years that is expected to emphasize development of semiconductors and other technology amid a feud with Washington that is cutting off access to U.S. components for China's fledgling tech industries.
AP Photo/Andy Wong

BEIJING (AP) — Chinese leaders met Monday to formulate an economic blueprint for the next five years that is expected to emphasize development of semiconductors and other technology at a time when Washington is cutting off access to U.S. technology.

The ruling Communist Party wants Chinese industry to rely on domestic suppliers and consumers, a strategy it calls “dual circulation.” Economists warn that while this might help to reduce disruption of trade disputes with the United States and other partners, it will raise costs and hurt productivity.

The Five-Year Plan, the 14th in a series issued since the 1950s, is the foundation for government industrial plans in the heavily regulated economy. Its broad outlines are due to be announced after the meeting ends Thursday but the full plan won't be released until March. Legal and regulatory changes and plans for individual industries will follow.

Innovation will "drive China’s manufacturing industry and push it up the global value chain while strategically ensuring domestic supply,” the official Global Times newspaper said. “Achieving independence in key areas, such as scientific research and finance, is expected to be a focus.”

The latest plan is expected to emphasize domestic development of semiconductors for computers and smartphones — China's biggest single import by value — next-generation telecoms, artificial intelligence and other fields.

The ruling party has promoted semiconductor development for two decades but Chinese makers of smartphones and other products still rely on the U.S., Europe and Japan for processor chips. Beijing feels increased pressure after the Trump administration cut off access to most American supplies for Huawei Technologies Ltd., a global maker of smartphones and switching equipment, in a feud over technology and security.

“While the biggest challenge for Beijing five years ago was a weak economy, the one today is a potential decoupling with the U.S.," Macquarie economists Larry Hu and Xinyu Ji said in a report.

Decoupling is a concept that has gained attention as the Trump administration has pushed American companies to return manufacturing to the U.S. and rely less heavily on production in China.

Likewise, Beijing's plan is likely to emphasize “lower reliance on foreign suppliers for strategic products such as food, energy, semiconductor and other key technologies,” Hu and Ji wrote.

China, where the pandemic began in December, became the first major economy to begin the struggle of economic recovery after the ruling party declared victory over the disease in March.

Automakers and other major industries are back to normal production. Consumer spending edged back above pre-virus levels in the quarter ending in September.

The push for self-sufficiency might hamper economic growth by diverting resources away from more productive uses, Julian Evans-Pritchard and Sheana Yue of Capital Economics said in a report.

“Pursuing self-sufficiency may still be rational as a form of insurance against aggressive decoupling by the U.S. and its allies,” they wrote. “But China’s economy would be better off if such insurance weren’t needed in the first place." 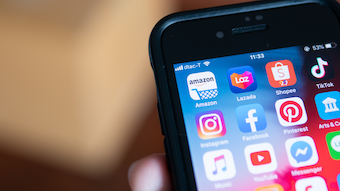