The drugmaker announced in February a tentative $1.6 billion settlement to avert hundreds of lawsuits. 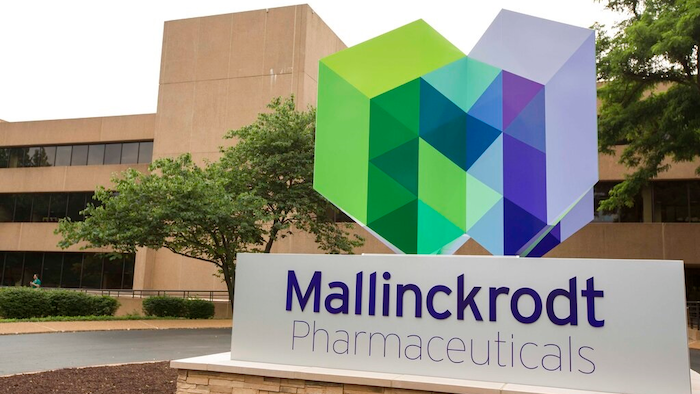 This July 1, 2013, file photo, shows the exterior of the Mallinckrodt Pharmaceuticals office in St. Louis. Mallinckrodt is seeking protection in federal bankruptcy court, as the generic drugmaker deals with lawsuits over its role in the U.S. opioid crisis. The company said Monday, Oct. 12, 2020, that it voluntarily started Chapter 11 proceedings to reduce debt and resolve several billion dollars of possible legal liabilities.
Whitney Curtis/AP Images for Mallinckrodt, File

A New Jersey drugmaker ensnared in the fallout from America's opioid crisis is seeking bankruptcy protection.

The drugmaker, one of the highest-volume opioid producers in the U.S. at the height of the nation’s prescription drug crisis, announced in February a tentative $1.6 billion settlement to avert hundreds of lawsuits. It said Monday that it plans to amend the settlement as it restructures.

Under the proposed settlement, opioid claims would be channeled to trusts that receive $1.6 billion in structured payments. Claimants also would receive warrants for about 20% of the company’s fully diluted outstanding shares, the company said Monday.

A court-appointed committee representing thousands of plaintiffs in the opioid lawsuits will recommend support for the amended agreement, Mallinckrodt said.

The company did not immediately respond early Monday to inquiries about whether the amended deal affects the amounts individual plaintiffs may receive.

Trading in company shares, which dipped under $1 for the first time this month as investors bailed out, were halted at the opening bell Monday. The stock went for well over $100 just over five years ago.

Mallinckrodt's path through the bankruptcy courts follows that of Purdue Pharma, the maker of OxyContin, last year.

Mallinckrodt plans to slash its debt by about $1.3 billion and it will continue to operate during the process.