The company’s outlook assumes that it will take about three years for air travel to return to pre-pandemic levels. 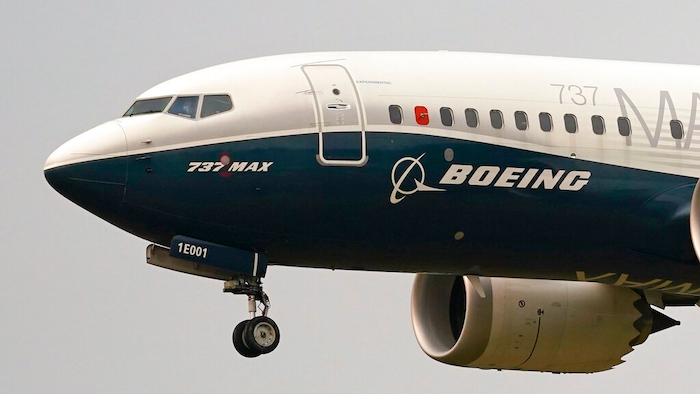 In this Sept. 30, 2020, file photo, a Boeing 737 MAX jet, piloted by Federal Aviation Administration (FAA) chief Steve Dickson, prepares to land at Boeing Field following a test flight in Seattle. Boeing says the pandemic will reduce demand for new planes for the next decade, long after experts expect a vaccine for COVID-19. The company updated its forecast of the airplane market on Tuesday, Oct. 6, 2020. It remains upbeat about long-term prospects driven by increasing air travel in Asia. Boeing, which along with Europe’s Airbus dominates the aircraft-building industry, has seen orders and deliveries of new planes crumble this year.
AP Photo/Elaine Thompson, File

Boeing is lowering its expectations around demand for new planes over the next decade as the coronavirus pandemic continues to undercut air travel.

The company on Tuesday predicted that the world will need 18,350 new commercial airplanes in the next decade, a drop of 11% from its 2019 forecast. The value of that market will slide by about $200 billion from last year's forecast, to $2.9 trillion.

Boeing Co. largely stuck to its rosy forecast for long-term demand, predicting that increasing air travel in Asia will help create a market for more than 43,000 planes over the next 20 years, down about 1,000 from its 2019 outlook. The long-term optimism is based on history, including aviation's eventual recovery after the Sept. 11, 2001, terror attacks and other crises, said the company's vice president of commercial marketing, Darren Hulst.

Chicago-based Boeing, which along with Europe's Airbus dominates the aircraft-building industry, has seen orders and deliveries of new planes crumble this year. Boeing was already under pressure from the grounding last year of its best-selling plane, the 737 Max, after two deadly crashes.

The company has been squeezed even more during the pandemic, as airlines find themselves with more planes than they need. Boeing has cut thousands of jobs this year.

The company’s outlook assumes that it will take about three years for air travel to return to pre-pandemic levels.

The company is counting on its defense and space business — now more than half of Boeing's revenue — to maintain some measure of stability. The company predicted that worldwide demand for military planes, drones, satellites and other products will be $2.6 trillion over the next decade, nearly matching the airliner market.

Boeing expects near-term demand to be especially weak for so-called widebody airliners that are used mostly on international routes. International travel has dropped much more sharply than domestic flying during the pandemic, as the U.S. and other countries have restricted international visitors to limit spread of the virus.

Boeing sees more strength in demand for single-aisle or narrowbody planes likes its own 737 and the Airbus A320, although it did not disclose a forecast for the Max.