He said he worked to find ways to pay the automaker's former chairman without fully disclosing his compensation. 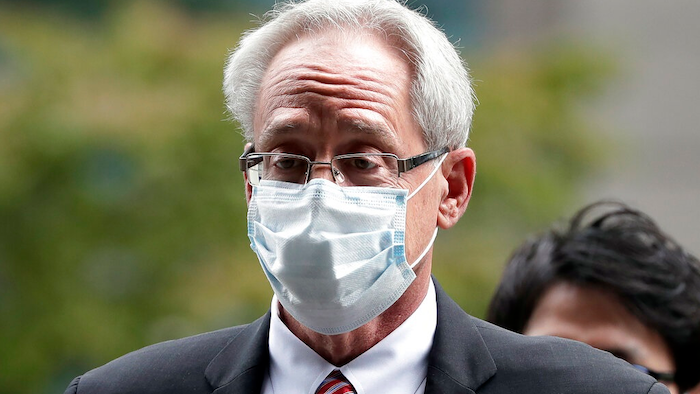 Toshiaki Ohnuma, a star witnesses for the prosecution, described to the Tokyo District Court his job in human resources at Nissan Motor Co., where he said he handled executive compensation matters, including working with Kelly on finding ways to pay Ghosn without disclosing it.

Disclosing annual executive pay over 100 million yen (about $1 million) became a requirement in Japan from 2010. Ghosn had been getting about 10 times that. Japanese executives who get giant paychecks are rare, and Nissan was leery of public criticism over the issue.

After 2014, Kelly handed over his duties dealing with pay to another Nissan executive, Hari Nada, Ohnuma said. Nada also is scheduled to be a witness for the prosecution.

He referred to Ghosn as “Ghosn-san,” adding the Japanese honorific.

“We worked together to consider how to avoid disclosure of the unpaid compensation,” Ohnuma said of his work with Kelly.

Kelly, a former Nissan executive vice president, is the only person to stand trial in what prosecutors have portrayed as a systematic plot to under-report Ghosn’s compensation.

He has been charged with under-reporting Ghosn’s compensation by 9.3 billion yen ($88 million) over several years.

Ohnuma said he has worked at Nissan since 1982. He was the company's general manager from 2007 through March 2019.

Ghosn was arrested and charged with Kelly in November 2018. Ghosn jumped bail late last year and escaped to Lebanon, a nation that has no extradition treaty with Japan.

Both Ghosn and Kelly say they are innocent.

In a statement as the trial opened earlier this month, Kelly stressed that the compensation plans were intended to be a legal way to keep Ghosn at Nissan. Famous for leading Nissan’s turnaround in the late 1990s, Ghosn might have opted for other high-paying jobs.

The prosecutors for the case have told the court that a deal was made with Ohnuma and Nada.

In a recent briefing to reporters, Chief Deputy Prosecutor Hiroshi Yamamoto declined comment on that, saying such deals don’t have to be made public.

“The prosecutors have properly charged those who needed to be charged,” Yamamoto told reporters.

Yokohama-based Nissan as a company was charged and pleaded guilty. It is being tried with Kelly in the same court.

The trial is expected to last about a year.

Prosecutors have not explained how trying to avoid disclosure of unpaid compensation constitutes a crime. Prosecution for falsifying financial reports is rare in Japan.

The maximum penalty for Kelly, if convicted, given the multiple counts of the same charge he faces, is up to 15 years in prison or 80 million yen ($755,000) in fines, or both.

The conviction rate in Japan is higher than 99%.

Some members of Japan’s business community have expressed alarm over the trial.

Jacques Deguest, an expert on Japanese business and law, denounced it as unfair, calling it a “witch hunt,” with Kelly getting singled out.

“This is dangerous for the attractiveness of Japan both for recruiting talent as well as doing business in Japan,” said Deguest, who is also a consultant.

“Japan would have been better showing to the world a fair trial with all responsible people treated the same way.”