The drone will automatically take flight if there's movement in the house to show you what's going on. 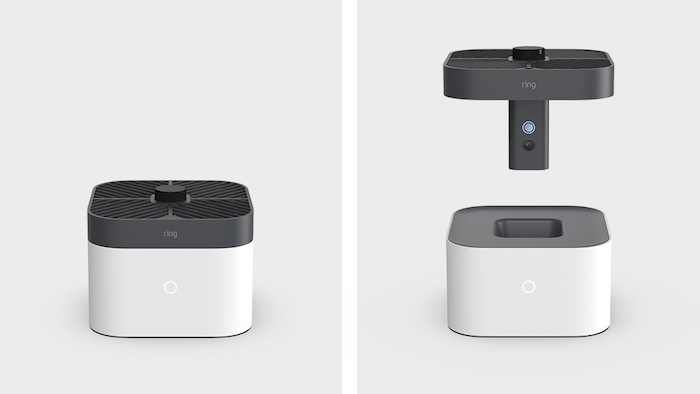 The Ring Always Home Cam, still needs approval from the U.S. Federal Communications Commission, but Amazon said it expects to sell it next year at $250.
Ring

NEW YORK (AP) — Amazon wants to be able to answer the nagging question: Did I leave the stove on?

The company unveiled a flying home camera that you can ask to fly to check the stove while you're out, or to see if you left the windows open. Amazon says the drone will automatically take flight if there's movement in the house to show you what's going on.

The device was one of several that Amazon unveiled Thursday as part of its annual gadget event. Due to the pandemic, this year’s version was held online instead of at Amazon's Seattle headquarters.

The indoor flying camera, called the Ring Always Home Cam, still needs approval from the U.S. Federal Communications Commission, but Amazon said it expects to sell it next year at $250. It will also launch a camera and alarm system for cars next year under its Ring brand.

Critics have raised privacy concerns about Ring, which is best known for its doorbell cameras, citing the company's close relationship with police departments. Amazon said the drone only records when it is in the air, and that it makes a sound when it flies so any people in the house knows its recording.

Besides cameras, Amazon also showed off a new look for its Echo Dot voice assistant. They're spherical now, instead of the hockey puck-shape they've been since 2016. A kids' version will have a panda or tiger face on them. The rounder Echo devices will start at $50 and will ship next month.

Amazon also said Thursday that it will getting into the video game streaming business, competing with Google and Microsoft. Its service, called Amazon Luna, will allow a limited number of users to try it now for $6 a month, but didn't say when it expects it to be widely available. Luna can be played on computers, Fire TV devices and through an iPhone app.